ABRACADABRA! Getting hired or headhunted is not a magic trick – all it takes is hard work and the right formula to position yourself as a candidate in demand. In my six years of headhunting top talent through LinkedIn, I found that not only does the professional network allow me to connect with amazing market leaders and industry players, but the referrals are also exceptional. Practice good LinkedIn etiquette and you too can be a Harry Houdini of job offers, opening doors of opportunity!

In the present economy, it is easier to keep a tab on jobs lost than jobs found. It is also not difficult to find people who have been applying for jobs, as many as ten jobs a day on an average, but to no avail. If you are looking for work, the secret to getting hired might just be a click away.

Lets face it, in the 21st century, it is not possible to avoid technology. Even if you are not active in the virtual world, chances are that you have an account on Facebook and/or Twitter. But, with a clear emphasis on professional networking, LinkedIn is different. LinkedIn is an online community of thousands of employers, large and small, recruiters, job seekers and those who are simply on the website to network with industry professionals. LinkedIn has more than 200 million members around the globe and a new member joins LinkedIn approximately every second.

Meet Stephen Weinstein. Based in Milwaukee, Wisconsin, Stephen has over 25 years of professional corporate communications and public relations experience with large scale enterprises and Fortune 500 companies. Stephen joined LinkedIn about five years ago after doing extensive research to establish the credibility of the website. Soon after registering, Stephen saw that LinkedIn was a lot more than a tool to reconnect with friends from school and former colleagues.

“After realizing that the site was a legitimate social and professional networking site, the actual experience of setting up my LinkedIn account was painless and somewhat introspective. I had to remember and describe my professional past, had to find a photo which I wanted to use to represent myself to my connections and others, had to start the process of social networking – asking others to join my network, and, as I became more comfortable, asked people for professional recommendations. I quickly formed groups which I still manage, and find groups which I wanted to join,” says Stephen.

At the time, however, Stephen was comfortable in his job as a Public Relations Manager. Stephen remembers getting a phone call from a recruiter who came across his profile while scanning LinkedIn. “I wondered if I knew of anyone who may be interested in a position she was looking to fill. I told her that I had a pretty broad network, and would be willing to pass the job description around for her, if she would send it to me… I opened the document, and as I scanned it, it read like my dream job.” A week later Stephen called her back and began the interview process. “Six interviews, three months and one psychological evaluation later, I was hired, all thanks to social networking.”

Still not convinced? Meet Jill Gaynor, a recruiter from New York City. Jill started using LinkedIn to tap into a new candidate pool and to reach passive candidates. “On the job boards and with internal databases, you tend to come across a lot of the same candidates but on LinkedIn, you can find the exact candidates you are looking for. LinkedIn is more about building relationships, whereas other outlets it’s purely about sourcing,” according to Jill.

If you are looking for a job, it would be in your best interest to understand the difference between LinkedIn and job boards, such as Monster or CareerBuilder. “With job boards you know that everyone who is on there is actively looking, so it’s a matter of picking up the phone, calling that individual and assessing their viability. With LinkedIn, you need to take a totally different approach. You need to connect to people from a networking stand point. Something that my company prides itself on is never invasively recruiting, so when I am approaching someone about a position, I state that upfront and let them make the call whether they want to pursue or not,” says Jill.

So, if you are looking for a job, know that unlike job boards, LinkedIn comes with a level of credibility and professional camaraderie. Both Jill and Stephen agree that the most important advice they can offer is to have a complete profile on LinkedIn, irrespective of whether or not you are job hunting. According to Stephen, “Network. It’s the most valuable asset you have. In times like this, it is certainly not WHAT you know, but WHO you know that will do you the most good. Conduct informational interviews, look at LinkedIn for potential contacts, arrange lunch dates and morning coffees with acquaintances. Ask for referrals – “Who else do you know that I might be able to call and who might be willing to talk with me about my search.”

Remember, when back in the 90s the Online Career Center was launched as a non-profit organization, backed by 40 major corporations as a system for job hunters to store their resumes within the databases as well as for recruiters to post job openings to the database? It revolutionized the whole process of job hunting. Similarly, according to Jill, “LinkedIn is the new rage and every recruiter is trying it out and excited to make new connects… Every company is using LinkedIn to post jobs these days, especially to groups because it’s free. And, I can say from my own experience, we don’t get a ton of replies, so when we do, every response stands out.”

So, if you are one of those people who feel overwhelmed by technology and have inactive accounts on Facebook and Twitter, it may be time to have just one active account on LinkedIn. Executives from all Fortune 500 companies are LinkedIn members. LinkedIn can help you get a job, if you are looking for one, but if you are already employed, you may want to join simply to network and keep up with the professionals in your industry.

In today’s world, only the savvy few will make it. And those that don’t... read more

How To Interview: 7 Things You Should Never Do

I can’t even tell you how many times I’ve heard the statement – “If... read more 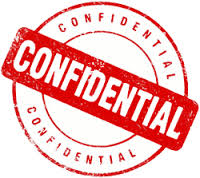 How to beef up your professional development

There are many benefits to completing training courses - including the chance to boost... read more

How to master the job application process

Getting hired is hard work; that is no secret. Not only do you have... read more 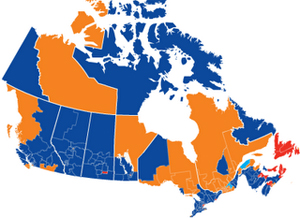 On the surface, it may appear that job-searchers are struggling in their job hunt.... read more

Things you may not want to include in your resume

Resumes are often the make or break portion of your job search. They can... read more

You know that popular saying, “don’t judge a book by its cover?” In this... read more

5 things you must do before upgrading your LinkedIn account

LinkedIn now has over 225 million users worldwide, and most of those professionals have... read more