About 20 years ago, I foresaw that the résumé would be the next evolution in the hiring process. At the time, the Curriculum Vitae (CV) was the norm. Résumé is a North American term coined from the Latin and French words meaning “re-take” and “summary.” It is the word we’ve chosen to define the summary of one’s education, professional and related experiences.

Résumés attempt to tell stories about who we are and what we did/do, all within the context of the working environment. These stories are told through the words and formats we choose to describe our skills and accomplishments. A compelling resume should clearly, concisely and creatively capture the essence of an individual on one or two sheets of paper.

Résumé and cover letter writing has become a fine art. Hundreds of books have been written on it; thousands of web sites offer advice and services. It’s a profitable business, fuelled by communication technologies and the rapid expansion of small businesses.

It is my contention that due to this evolution and growth of technology and business, résumés have become an aberrant mutation of its original self, now incapable of accurately describing the person behind the paper. Résumés in either ink or bytes, brimming with key words and phrases, and the latest context sensitive corporate or cyberspace buzzwords, fail to properly characterize the person behind the paper—his/her individuality, originality and creativity.

The purpose and origin of the résumé was two-fold. Mainly, it was developed to speed up the hiring process. The goal was to quickly and effortlessly weed out the unqualified and unsuitable applicants before the interview. But more importantly, the design allowed people to set themselves apart from the competition. The resume was the perfect outlet for people to showcase their unique skills and experiences in order to stand out from the masses of other candidates applying for the same job.

The challenge has always been to describe or define oneself—and not just one’s work history—as being exceptional and savvy without sounding the same or similar to someone else. But this ideal is rarely achieved; instead, words within the résumé format have reached their saturation point. Some words have lost their intended purposes and meanings altogether. Ironically, they now serve to create a sameness, an identification, with everyone else. For instance, does the word “sale” really mean anything in retail anymore? It is plastered on everything we see, use and buy these days; it has lost any fragment of meaning.

There are only a limited set of words in the English language that can be used to describe “excellence,” “character,” “achievement,” “individuality,” “direction,” “innovation,” etc. And most people who are résumé savvy use the same or similar descriptors to describe themselves and their accomplishments. The result is that instead of looking different, people describing themselves on paper all begin to look the same.

In our attempt for speed, efficiency, and differentiation within the hiring process, we have inadvertently produced an unexpected sameness and an unforeseen identification with every other candidate applying for the same position. In the words of the almost now forgotten Peter Principle, “it [the resume] has risen to its highest level of incompetence.” It can no longer honestly function as a spokesperson for that rare and special individual behind the piece of paper or electronic byte.

Within just a few more years the résumé will morph into something totally different from what it is today. It will soon become audio- and video-dependent. Our new technologies will make presenting oneself more personalized, intuitive and interactive. Linkedin is just the beginning of one of those tools. It will eventually evolve into a sophisticated pre-programmed hologram of the individual.

Is the résumé on its way out?

Stay connected to find out, as we bring you the latest cutting edge solutions designed to give your unique skill sets greater impact during your job search and get you further into the hiring matrix.

Got a question: [email protected]

Connect with me on LinkedIn: http://ca.linkedin.com/in/tayts

Behavioural interviews use probing questions to illuminate your past behaviours and to identify your... read more 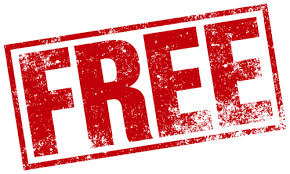 When did “Free” Job Hunting Get So Expensive?

There’s a lot of saturation in the job market these days. The attention span... read more

4 definite don’ts for your interview

As much as you would like to think that it is the resume that... read more

Employee productivity in the workplace is one of the key components of a successful... read more

10 ways to maximize your job search strategy on LinkedIn

If you want to find a job in this tough job market, there’s no... read more

5 job sites that are under your radar for contract work

As someone who has used these sites to attract, qualify and hire talent. I... read more

LinkedIn has become a significant part of your job search strategy. So, we tried... read more

Professional resumes: Are they worth the money or just a waste of time?

Let’s face it. Nobody is a writer. Not even award-winning novelists could publish their... read more