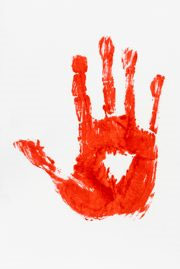 The issue of workplace bullying has risen in profile in recent years – either because of an increase in bullying itself, or because of the greater attention paid to it has led to people being willing to report it more often. One survey conducted by Harvard Business Review reported that roughly half of workers polled in 2011 reported being treated rudely at work at least once a week, while CareerBuilder conducted a study in 2012 that found 35% of employees say they felt bullied at their jobs. More importantly, 16% of those who say they felt bullied reported health issues and 17% left their jobs as a direct result.

No one should ever have to suffer through being insulted, demeaned, or harassed as part of their job, but it’s a sad fact of life that even grown adults are capable of such maliciousness. If you are someone who feels bullied at work, you probably feel trapped and don’t know how to handle it. Do you confront them? Do you report it to HR? Do you try and find a new job to escape it? We here at Resume Target have some tips that will hopefully help you live in a bully-free work environment.

What is Workplace Bullying?

First, it’s important to know what constitutes ‘workplace bullying’. Practically speaking, those who answered CareerBuilder’s survey created a list of acts against them they felt qualified as bullying:

While these are the types of things you as the bullied party consider to be bullying, there are unfortunately two important sources to consider before you do anything to deal with your bullies.

There is some variation on what specific laws exist in certain areas when it comes to workplace bullying. It’s very important to know what legal rights you have and what you don’t have, and so you should definitely thoroughly research what laws exist for your city, state or province, and country.

Most laws that exist will require a company to have some sort of policy to deal with workplace bullying or harassment, but not many will have anything more concrete than that. Further, some laws will say what, if any, legal recourse or compensation rights a bullied employee has. Pay careful attention to the wording, and if you have any friends or family who has experience in legal matters it would be worthwhile to get their input.

Make sure to get your own legitimate copy of the company’s policy in writing. Having an official document, or a copy of one, will be a great help to you.

Having gained all of the important knowledge and understanding what rights you have in dealing with the bullying, there is some preparation you need to do before reporting your grievances to the company.

First and most importantly, be absolutely sure to document every case of you being bullied at work in as much detail as you can recall. If there are any co-workers of yours whom were witness to any such incidents and are willing to give you verification, be sure to get that documented as well. When writing down incidents of bullying, record them in a factual manner. So rather than writing “my boss totally screamed at me for no good reason today!” write something more like “on October 12, 2013 during a staff meeting, I made a suggestion for our summer initiative and was told my idea was ‘stupid’”.

Now that you’re fully prepared, there are a couple of different ways to deal with the bullying.

Confront the bully yourself

If you do confront them yourself, it is important to do it in an appropriate manner. First, be confident in your voice and in your body language: look them in the eye, stand tall before them, and speak in a firm tone of voice. Try not to yell, fidget, or make exaggerated movements. When it comes to what you say, use “I” messages and avoid making more accusatory statements about them. Instead, you should state, in a factual manner, what they have done to you that you don’t like and how it made you feel.

So rather than saying “you’re always mean to me” or “you always treat me unfairly”, recount some of the specific instances that you’ve already documented and say how it made you feel. For example, say something like this: “Last Tuesday I was not invited to the meeting despite being involved in the same project, and this has happened more than once. I feel frustrated when this happens because it prevents me from being able to do my job properly.”

Report to the company

If you choose not to try and deal with the bullying yourself, or if you tried to do so and they continue to harass you, submit a report to the company. The company’s policy should tell you whether to make the report to your boss or human resources. It’s up to you whether you submit the report in writing, such as an email, or if you do so in person. Regardless of what avenue you take, be sure to again document in writing what actions were taken: what they said to you about how they would handle it or if they said anything at all, what actions (if any) they took in response, or if they actually take actions against you.

If the response from the person you reported to was not satisfactory, you might have to report to someone higher up in the company with the same, and updated, documentation.

Be forewarned, however, that there’s a fairly high chance that the company will either do nothing to address your problems or might even act against you. If that happens, your thorough and factual documentation of everything will help you a great deal in the event of any legal actions that result.

This is the most important bit of advice to anyone who is bullied at work. It is not your fault that someone at your job harasses you. If you find that someone is bullying you at work, be sure to act quickly. Trying to just suffer through it will not work, and you owe it to yourself to deal with the problem or extricate yourself from the situation if it can’t be resolved.

And remember that your job is just one part of your life. The last thing you should do is internalize it and let it affect how you live the rest of your life. You will have friends and family who can hear you talk about your problems and give you advice, and help you still have fun and be happy.

Brian Stewart is a graduate of George Brown College and the University of Toronto, and is a Career Content Writer at ResumeTarget.com. They are the only resume writing company that offers a professionally written resume, coupled with the guidance of recruiters, to guarantee that your resume will get results.

How to successfully work from home

Working at home has become increasingly popular these days, and it is also a... read more

Now most of you aren’t in professions where you view resumes on a daily... read more

Get up to $50 off on Black Friday only! This Thanksgiving we are giving... read more

How to really use the apply with LinkedIn button

The usual – and often correct – assumption is that visibility is credibility.  On... read more

Position Summary: The Recruiter will be an integral part of the Sales team by discussing... read more

2013 is a very special year for LinkedIn…the company started the new year off... read more

Does your resume deserve my attention?

A tribute to the Olympic Style Career Seeker! As with most Olympic sports, the margin... read more