Survey: Lack of experience is the biggest issue entry-level professionals have

Survey: Lack of experience is the biggest issue entry-level professionals have

A recent survey done by ResumeTarget.com on LinkedIn confirmed what entry-level professionals already know when looking for a job and going to job interviews: the biggest problem breaking into the market nowadays is a lack of experience. According to the numbers, 61% of the participants believe this to be the biggest issue.

“I am going to be a new grad in April 2012, so I have begun my professional job search just recently. Most of the job postings I have found require at least a year of experience. I don’t understand how entry-level positions can require that much experience. You would need at least four internships to get a year’s worth of experience”, says Curtis Denos, Math tutor at BYU-Idaho.

The survey also showed that (12%) chose lack of confidence as the other biggest issue.

11% of the survey’s participants pinpointed lack of information about the opportunity when they apply and read job descriptions. Lack of coaching for job interviews –  received 10% of the votes – and “difficulty in building a resume” came in at 7%.

The majority (60%) that answered the survey were men between 18 to 29 years old. The survey was done between September 19th and October 4th.

Because of the recession, young people have been finding it difficult to break into the corporate world. A degree is no longer a certainty of getting a good job after all. “School brilliance does not necessarily translate into real life applicability. I think those grads that have real work experience or solid volunteer experience demonstrating their skills and abilities will have a leg up when it comes to getting a first chance”, says Stephanie Douglas, owner and operator at Culture & Diversity Consulting for Our Colourful World.

For Hardik Jogani, Senior Design Capstone Project at Rutgers University, lack of networking skills can also be a problem. “There is a big emphasis on who you know and not only what you know. If a student builds his or her network early, he or she will be able to gain plenty of experience through internships and extracurricular activities.”

Sarah Gayer, owner of Sare and Associates, believes this is the key to success, be it for new grads or more experienced workers. “You need to start networking as soon as possible. While in school or employed. There is nothing like being approached by someone, who is all of a sudden asking you for a job when they could not be bothered before to even give you the time of day. Networking is something that needs to be done every day and it is ongoing, it never ends”.

She believes everybody should have a management plan and not only applying to job boards once in a while. For Sarah, the jobs are there, but, as they are not being advertised, you have to get known by the company.

But how do you get the employers’ attention if you don’t have enough experience? Deborah Rooney, who is the owner of Power Resumes & Coaching, suggests looking to the resume first. “The challenge for my new grads has been how to build a sharp resume and cover letter, how to navigate their job search, along with the important fact that many of their parents have been downsized. These parents have been unemployed at length and those jobs were eventually divided into multiple opportunities for grads.”

Steve Gallison, master team member at Career Management Alliance and founding director at POAC, believes you have to think out of the box sometimes. For his son, who graduated with a dual degree in business and marketing, the alternative was to open a large restaurant chain and create a plan to open a 40-seat restaurant/bar. “My son says ‘Since the ship wasn’t coming in, I was acquiring the skills and stamina to swim out to the ship’. Starting a restaurant business in this economy is iffy, but he will be poised to take advantage of the business when the economy gets back on its feet”.

In fact there are three things entry level professionals can do to compensate for the lack of experience. The first thing is to create a professional profile on social media websites.

The other two are networking and volunteering, and they can also be related.

Tip: Entry level professionals have to be more social and start networking early. Find places where they can meet people in their industry and start building out relationships. Another good alternative is to network through volunteering. This way, you can be referred you to other people, opening possible new opportunities of engagement with potential employers and hiring authorities.

I encourage entry-level candidates to stay tenacious, but also humble. You have to know how to use your transferable skills and know your personal professional pitch. You have to be able to communicate your value with clarity and without mumbling.

Got a question: [email protected]

Connect with me on LinkedIn: http://ca.linkedin.com/in/tayts

Networking Offline is the Toughest Part of Your Job Search

Did you know that 29% of professionals find networking offline to be the toughest... read more

How to Optimize, Enhance and Fine Tune your LinkedIn profile

For anyone who is looking to build a stronger presence on LinkedIn and utilize... read more

ABRACADABRA! Getting hired or headhunted is not a magic trick - all it takes... read more

Dress for Success: What you should wear to the workplace

What you wear to work matters a lot when it comes to displaying a... read more 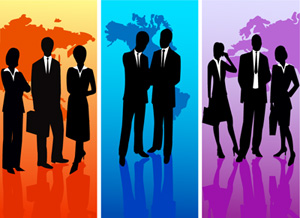 What To Wear To Work: How Your Style Affects Your Career

Just because you’re following the dress code, that doesn’t mean you are dressing acceptably... read more

Standard resume still hard to beat in landing a job

By Lucy Hyslop, Postmedia News You might have a social network more sinuous than a... read more

Rely on this one thing: knowledge. Before going into the interview, educate yourself on... read more

We tend to focus a lot on LinkedIn, when it comes to professional networking... read more