LinkedIn has become a significant part of your job search strategy. So, we tried to write a lot about it, especially in the last few weeks. But this is an interesting question regarding how people make use of this increasingly popular professional networking tool. And we set out to find the answer. Recently, we polled active LinkedIn users – and professionals ranging across different industries and ages – on this issue. Here’s what we found out:

What these statistics tell us is that it ultimately depends on personal preference. Furthermore, we found that most of the people who said they already have their number on their profile seem to belong in the younger age brackets, with 18 to 29 and 30 to 36 being the highest. Similarly, most of those who said they wouldn’t put it on their profile have been generally identified as being in the older age group (37 and over).

Some of our voters thought including a contact phone number is a significant component of connecting with professionals. “LinkedIn is supposed to be about business connections and branding. Would you give someone a company brochure that did not have an address or phone number?” wrote one person.

Another voter, who is in the sales industry, explained that including a phone number is especially critical if you’re in sales, marketing, consulting or an industry that demands constant communication with clients.

But others have different views. “I have reduced my telephone usage considerably and will continue so to do,” another person wrote. “My landlines are gone and I have a cell phone and Skype, which are used sparingly and rarely answered at the time of the call. E-mail, though also a significant consumer of time, allows me to manage my tasks on my schedule.”

Similarly, another voter commented that “I consider the ability to communicate in written form to be a critical skill. We’ll move to a phone call if it seems promising.”

What we recommend ultimately depends on the kind of LinkedIn user you are. If you’re an active job-seeker, you should list your mobile number with a professional voicemail message. If you’re a more passive job-seeker, you should only include your number if you want to be contacted directly. Otherwise, you could connect with people via inmail on LinkedIn and start there. And if you’re a business professional, it’s important to keep in mind that your LinkedIn profile is an extension of your business card, much like Jigsaw.

But there are options. LinkedIn allows you to customize your settings so that, if you do decide to include your number, it would only be seen by people within your professional network. And if you’re still unsure, you could always use Google Voice or Skype as alternatives.

When dealing with clients, head-hunters will most likely initiate communication by sending an in-mail via LinkedIn first (although professionals don’t check their in-mail all the time). It’s important to keep in mind that head-hunters usually prefer the telephone. And they can often be tenacious, hence the name!

So, after reading this piece, would you include your phone number on LinkedIn? Feel free to comment and share your thoughts!

Like this article? Please Join Us On LinkedIn > A Resume Writing and Job Search Strategy Company

5 Ways to Maximize Your Job Search

I will spare you an intro…here is your no nonsense guide on how to... read more

Dress for Success: What you should wear to the workplace

What you wear to work matters a lot when it comes to displaying a... read more

To get the most out of your job search you need to have a... read more 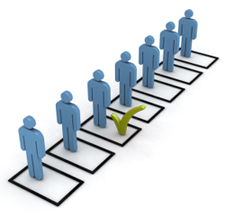 What end of the Talent Pool are you in?

It is sink or swim out in the job market today. Here are my... read more

How can you find a job without experience?

It’s a cruel, cruel world out there. Students need practical experience to land a... read more

In the words of the almost now forgotten Peter Principle, “it [the resume] has... read more

You know that popular saying, “don’t judge a book by its cover?” In this... read more

5 Reasons Your Resume Is Getting Rejected

An attention-grabbing and unique resume has always been emphasized as the one that usually... read more

How to really ace your phone interview

Some key insights to help you prepare & ace your phone interview. When it comes... read more